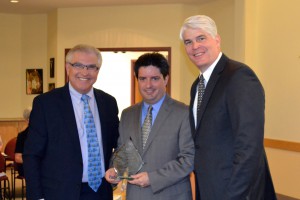 The Catholic District School Board of Eastern Ontario has been chosen as this year’s recipient of the Jordan James Pickell Mental Health Achievement Recognition Award. The Mood Disorders Society of Canada (MDSC) gives the award annually to an organization for outstanding contribution to mental health education and anti-stigma activities through actively engaging students and staff in understanding and accepting mental illness, and the importance of mental health. Director of Education, Wm. J. Gartland also received the Marg Starzynski Mental Health Leadership Award for dedicated leadership in community mental health awareness, and for personal contributions to raising awareness of mental illness.

The awards were presented at the Board meeting held on Tuesday, June 3, by MDSC President, Mr. John Starzynski.

“The Board of Directors of the Mood Disorders Society of Canada extends their sincere congratulations to the Catholic District School Board of Eastern Ontario in the ground-breaking work they are achieving in reducing stigma and raising awareness of mental illness and mental health within their 42 schools,” explained John Starzynski, MDSC President. “MDSC is bestowing this award to recognize the significant steps forward the CDSBEO has taken in raising awareness of the importance of recognizing that mental health issues happen as a part of life, that mental illness must be viewed no differently than physical illnesses, and that acceptance and reaching out for early intervention is key to recovery and maintaining wellness through prevention, supports and treatments.”

“We are so honoured to be recognized in this way by the Mood Disorders Society of Canada,” noted Director of Education, Wm. J. Gartland. “This is truly an important initiative for the Board, and the support we’ve received from MDSC has been paramount in our success. It is truly a collaborative effort, and we know these initiatives have begun to instil a new culture of awareness for our students and staff.”

Board Chair, Brent Laton remarked, “We are certainly honoured to receive this award in recognition of the efforts of our Board in the area of mental health. We are very proud to have partnered with this leading national organization as we work towards raising awareness and reducing the stigma surrounding mental illness.”

After the presentation of the Jordan James Pickell Award, Mr. Starzynski made a surprise presentation of the second award to Mr. Gartland, “Bill has changed the face of mental health for this Board. He isn’t afraid to talk of his own family experiences, and this takes away the stigma and the mystique. The Mood Disorders Society of Canada is very proud to be associated with the Catholic District School Board of Eastern Ontario. We have had the privilege of working with Bill and the team he leads. They have been trailblazers in recognizing the need for mental health education.”

Clearly unprepared for the honour, Mr. Gartland accepted the award. “This is a complete surprise! I accept this award gratefully, but I accept it on behalf of all of our staff and board members who have helped support and implement these initiatives. ”

Chair Laton commented, “I would like to congratulate Bill on behalf of the members of the Board; we truly appreciate him bringing these mental health initiatives to our students and staff.”

The CDSBEO has implemented many initiatives as part of an ongoing Board-wide mental health program, including the Elephant in the Room Anti-Stigma Campaign for awareness about mental illness in the workplace and in the classroom, WITS/LEAD programs in response to bullying, proactive circles and restorative practices for conflict resolution, and a new student bully reporting app, called EMPOWER, which encourages student voice, promotes positive mental health and helps stop student victimization. 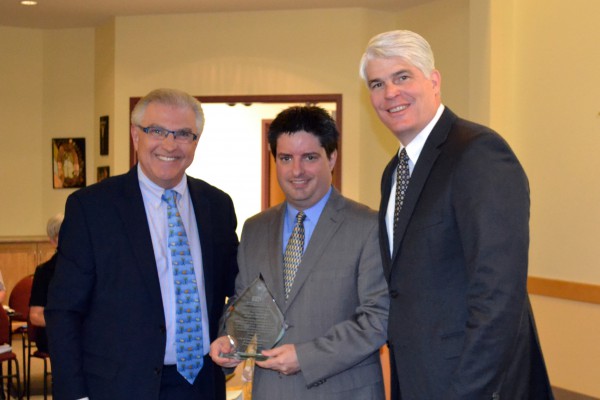 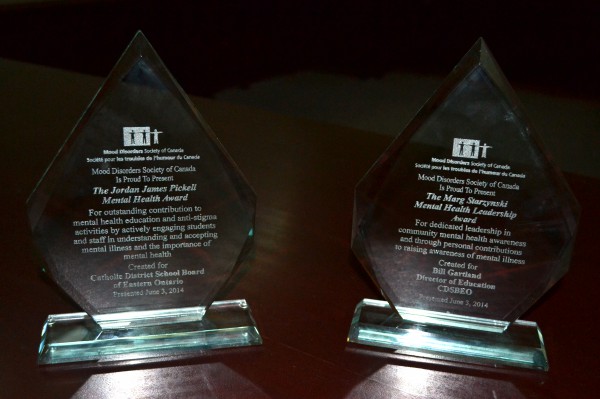