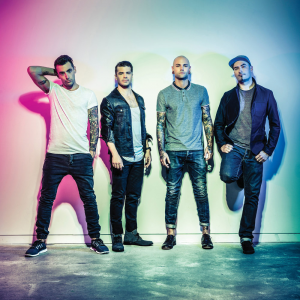 After 15 consecutive years of participation in the Relay for Life campaign, the small town school of just over 500 students is being recognized for raising over $55,000 in the most recent campaign event held this past spring. In total, St. John CHS has raised nearly $700,000 over the 15 years the school has participated in the event.

The concert was attended by St. John CHS students, staff, and Relay for Life alumni. For many, this was the first concert they had ever attended, which was made even more memorable by the recognition received.

Hedley lead singer, Jacob Hoggard praised the crowd, “You guys are nothing short of absolutely inspiring, so, congratulations.”

On Friday, September 16, the school held an assembly to announce the concert, and teacher Dave Peters took some time to commend the students for their hard work.

The event is an inspiring kick-off to this year’s St. John CHS Relay for Life campaign.