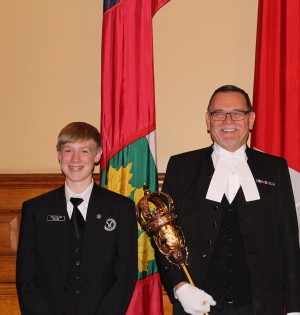 Iona Academy Catholic School student Callum Robertson had the opportunity to participate in a unique, life-changing experience; he spent three weeks in Toronto working as a Page at Queen’s Park. During his stay, he took political ideology and advanced government classes, and acted as a Page in the Legislative Chamber. He described his job as being the messenger boy of the Chamber. His tasks included delivering notes, letters and schedules to the MPPs, as well as getting water for various government members. Callum also had the opportunity to listen to the Orders of the Day, Routine Proceedings and Question Period.

Callum heard about the “Legislative Page Program” from a friend who had also participated. Last May, Callum prepared and submitted an essay which outlined how he would use this experience to further his learning, and described his hobbies and contributions to the community. In August, Callum learned he had been accepted to participate in the fall, as a Grade 8 student.

Callum was very pleased with his experience and added that he wished he had stayed for four weeks rather than three! He would highly recommend the Page Program to any student who is interested in politics. Callum has also been inspired by the experience, and is now considering a career in politics. 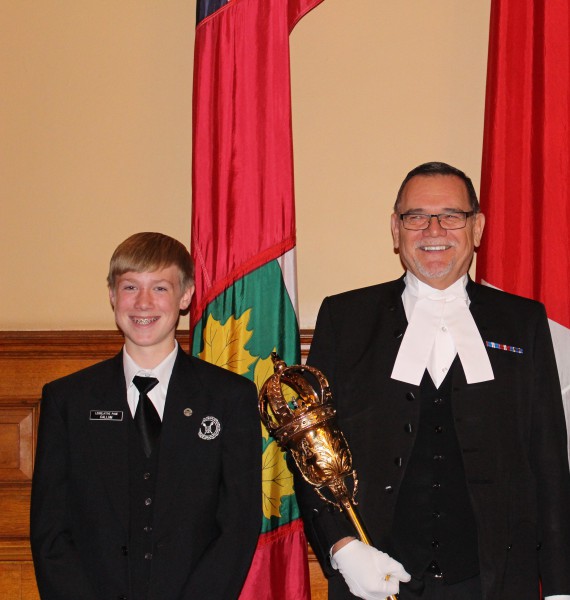