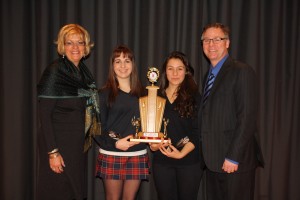 St. Joseph’s Catholic Secondary School participated in the national Poetry In Voice competition for the second year in a row.  Poetry In Voice is a national event which was founded by Scott Griffin in order to revive poetry recitation and public speaking.

The contest is divided into three sections:  English Only Poems, Bilingual Poems, and French Only Poems.  Winners of the English Only division were Haley Deamond and Janisiya Srithar.  The Bilingual winners were Dominique Cook and Tara Stidwell.  Haley and Dominique will now submit online videos to compete at the semifinal stage of competition.  If successful, the girls would then travel to Toronto for the national competition in April.

Congratulations to all involved and good luck at the next stage. 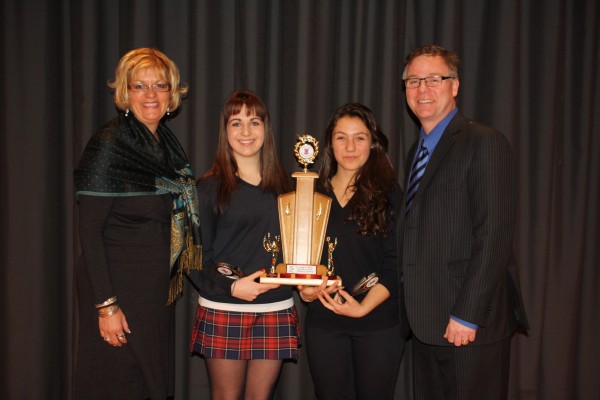