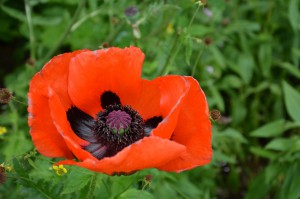 Holy Cross Catholic School student, Wesley Finner, entered the Royal Canadian Legion’s Remembrance Day Literary Contest last fall. He researched a fallen soldier from Kemptville, Blake Williamson, who was tragically killed in Afghanistan in 2006. His essay won the local contest in Kemptville, and advanced to the Legion Zone Competition. Next, his essay won the provincial competition, and finally won first place in the national contest.

We would like to congratulate Wesley on this amazing accomplishment!

Please see below for Wesley’s essay.

My name is Wesley Finner. I’m a ten-year-old boy from Kemptville, Ontario. This Remembrance Day a lot of people will go to ceremonies to honour our soldiers that have died in past wars. In my community we lost a soldier named Blake Williamson in Afghanistan. I didn’t know much about Blake, but I wanted to learn more. I decided to talk to one of Blake’s best friends, Cory Wilson and I’ll share what I learned with you.

Cory described his friend as funny, smart, and charismatic. Blake always loved to hang out with his friends. Whether they were meeting for coffee or going to a party, Blake was always fun to be around. Blake didn’t have to join the army, but he chose to because he always wanted to help his country. He was killed when Taliban fighters ambushed him in Kandahar province on October 14, 2006. Our soldiers were trying to build a road for the people but they were attacked. Blake’s funeral was held in Ottawa. It was very sad. His mom was presented with the Canadian flag that the army had draped over Blake’s coffin. Five hundred people showed up to Blake’s funeral! At the very end of the funeral his mom’s last words were, “I love you son.” Cory, has a tattoo on his chest of Blake in his uniform. This is because he wants to honour his friend for his great sacrifice.

What Blake did for our country and what all the other soldiers do is unbelievable. They are heroes for going to war knowing they may give their lives to save ours! We should remember Blake and the rest of the soldiers that died in war by telling stories and going to ceremonies on Remembrance Day. Lest we forget. 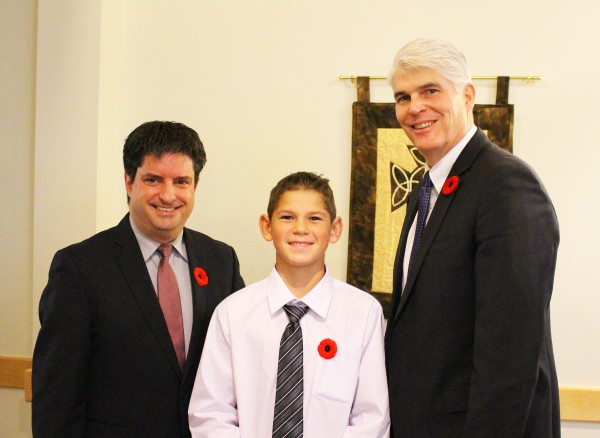