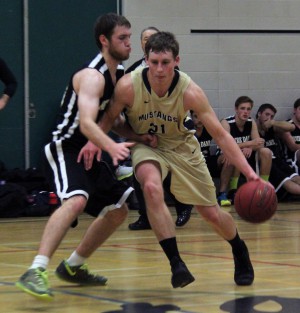 Both the Junior and Senior boys basketball teams from St. Michael CHS travelled to North Bay on the final weekend of the Christmas Break to participate in Canadore College’s Great Northern Shootout Tournament.  While the weather can sometimes make for a long trip at this time of the year, the chance to play some new teams and the bonding experience for the players made the trip worthwhile.

The Seniors defeated Scollard Hall and West Ferris to advance to the A-side semi-finals, but unfortunately lost a close game to the eventual tournament champions from ESC Algonquin.  Basketball scouts for Nipissing University and Algoma University were on hand and complimented multiple Mustang players on their performances.  The junior Mustangs were also very competitive all weekend, losing close games to Chippewa and Timiskaming, with the highlight being a victory over the Fellowes Falcons.  Coach Dennis Brookson was pleased with the junior team’s development.

The St. Michael Mustangs return to LGSSAA league play this week with games against Gananoque and Ange-Gabriel before a short break for exams. As a reward for their years of dedication to the basketball program at the school, Coach Chris Finner has planned a special trip for the Senior Boys team (who will nearly all graduate this year).  The Mustangs will travel to Toronto to see the Raptors play at the Air Canada Centre at the conclusion of the current semester.  The Mustangs will then try to defend their LGSSAA league title in February, hopefully wrapping up their season on a positive note! 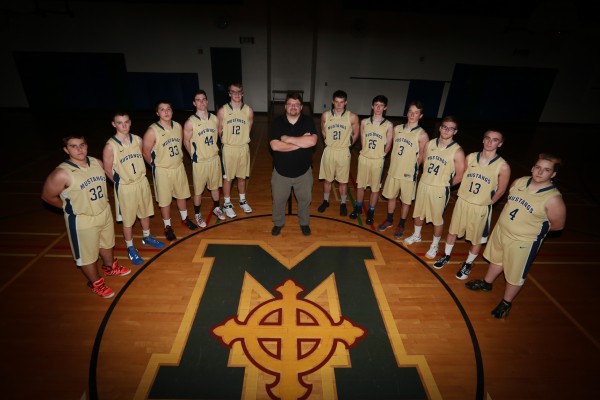 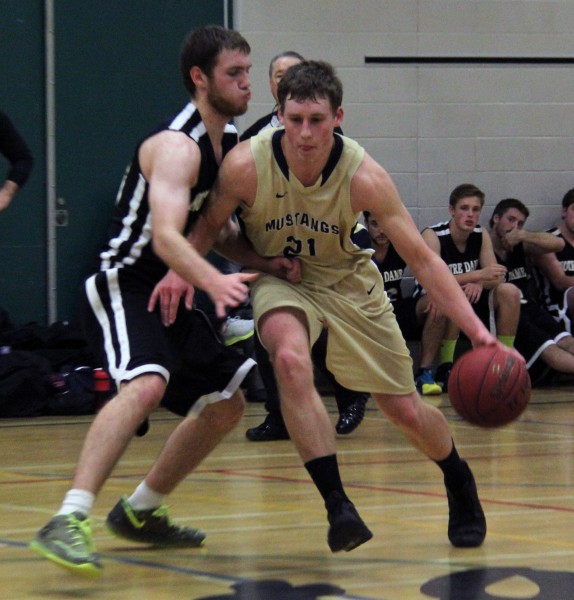