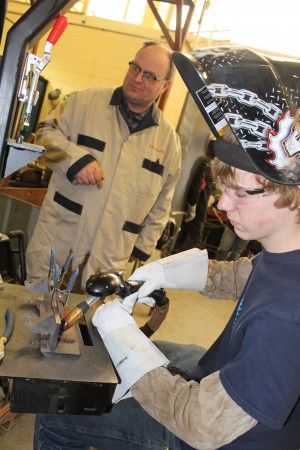 More than 250 students tested their skills on Tuesday, February 24,  in a range of events from carpentry to hairstyling at the 7th Annual Eastern Ontario Skills Competition in Cornwall.

The event, held at St. Lawrence College and two other venues, was designed to give students a flavour of the trades in hopes they will consider them as a career choice, said Dan Lortie, Ontario Youth Apprenticeship Coordinator for the Catholic District School Board of Eastern Ontario (CDSBEO).

“There is a projected shortage of tradespeople throughout Canada,” added Alex MacDougall, Ontario Youth Apprenticeship Program Facilitator for the Upper Canada District School Board (UCDSB). “This day provides an opportunity for students to be exposed to the trades. They get a trades experience as well as the opportunity to compete against other students.”

The competition brought together entrants from both the CDSBEO and UCDSB to rebuild small engines, build boot benches, create unique hairstyles, build cabinets and even test their skills with a flight simulator – all in a bid to inspire entry into the trades.

Students from both boards say they enjoyed the event.

“I think it’s really fun to come out and challenge myself against others and see how fast they can work because I can learn how well I can do compared with others,” said Walker, the Grade 10 winner in small engine repair.

“This contest can also show students that maybe they’re better off in the trades for a career.”

Seth Willard, a Grade 12 student at St. John Catholic High School in Perth, added that the competitive atmosphere allows students to step up their game.

“You look a lot more at the details because you have someone to compete against so you work to do your best,” said Willard, who was entered in the two-person carpentry event with partner Sam Poole.

Caleb Bosman, a grade 12 student from St. John CHS tests his hand on a welding simulator at the Eastern Ontario Skills Competition. 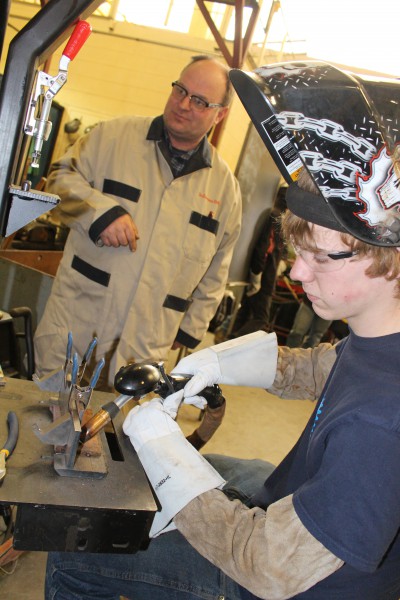 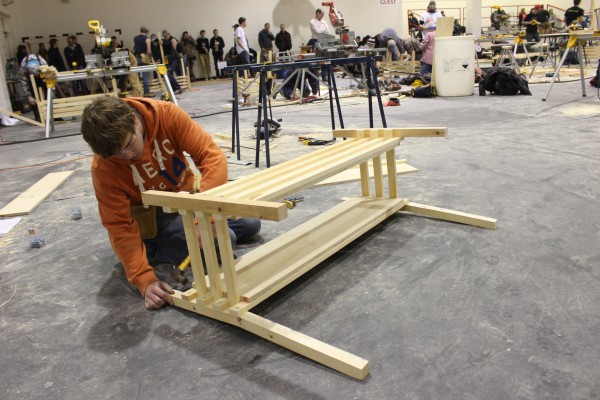