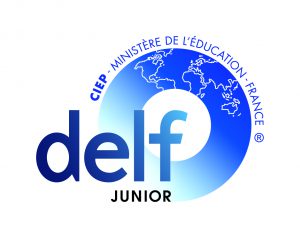 • What is the Diplôme d’études en langue française (DELF) – Diploma of French as a Second Language Studies?

DELF is an official diploma awarded by the French Ministry of Education in France and is recognized throughout Canada and in all European countries. It is to certify that the French as a second language candidate has achieved a certain level of French in all 4 areas of the Ontario Curriculum (Listening – Speaking -Reading -Writing) after completing a DELF Test.  Participation is on a voluntary basis and the diploma is valid for life.

• Who can challenge the DELF diploma?

• Why take the DELF exams?

Approved by a team of psychometricians specializing in evaluation, the DELF examinations are recognized around the world and they can add extra value to your resume. They are often used by administrative bodies, employers, and educational institutions.

• How many students took the DELF test in Canada?

In Canada, more than 35,000 Canadians have taken DELF exams over the past few years. As a result, the DELF examinations are becoming more well-known and receiving greater recognition from administrative organizations, employers, and educational institutions.

• What are the advantages to take the DELF test?

DELF diplomas open doors at universities in Canada, France and at a growing number of European and Francophone universities. Students who have earned a DELF B2 will be exempted from the language test requirements for registration in French universities.

• When and where is the DELF test offered at CDSBEO?

• What is the cost to take the DELF test at CDSBEO?

The DELF diploma is offered at no cost for our grade 12 students taking an FSL course in one of our secondary school.

• How can a student register for the DELF exam?

The grade 12 FSL student must submit their name to their Grade 12 French teacher.

CDSBEO DELF Program in the News